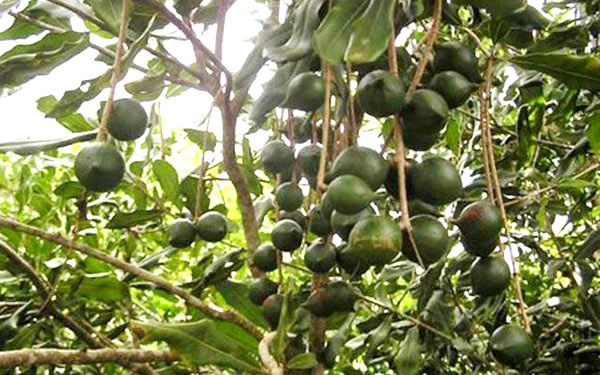 and high concentration of mono-unsaturated fats.

This money will be used to support macadamia farmers, organisations and firms purchasing and processing macadamia and developing cash crops in this Central Highlands province.

The bank last year provided a VNĐ10 trillion loan to promote macadamia plantation in Lâm Đồng Province and co-ordinated with insurance agencies to introduce an agricultural insurance scheme for macadamia.

With this credit package, LienVietPostBank is considered one of the leading firms in promoting the Vietnamese macadamia industry.

The macadamia nut is dubbed as the “Queen of Nuts” for its outstanding nutritional value and high concentration of mono-unsaturated fats.

The plant, indigenous to Australia, was introduced to Việt Nam in 2002 by former deputy prime minister Nguyễn Công Tạn through a trial cultivation in some central provinces, including Lâm Đồng, Đắk Nông and Đắk Lắk. After more than a decade under trial cultivation, it was found that Việt Nam produced a higher yield of macadamias than other countries.

Local scientists have tested and found that the north-western and Central Highlands regions have conditions best suited for the plant’s growth.

By September 2014, the plant covered 1,600ha in the Central Highlands region.